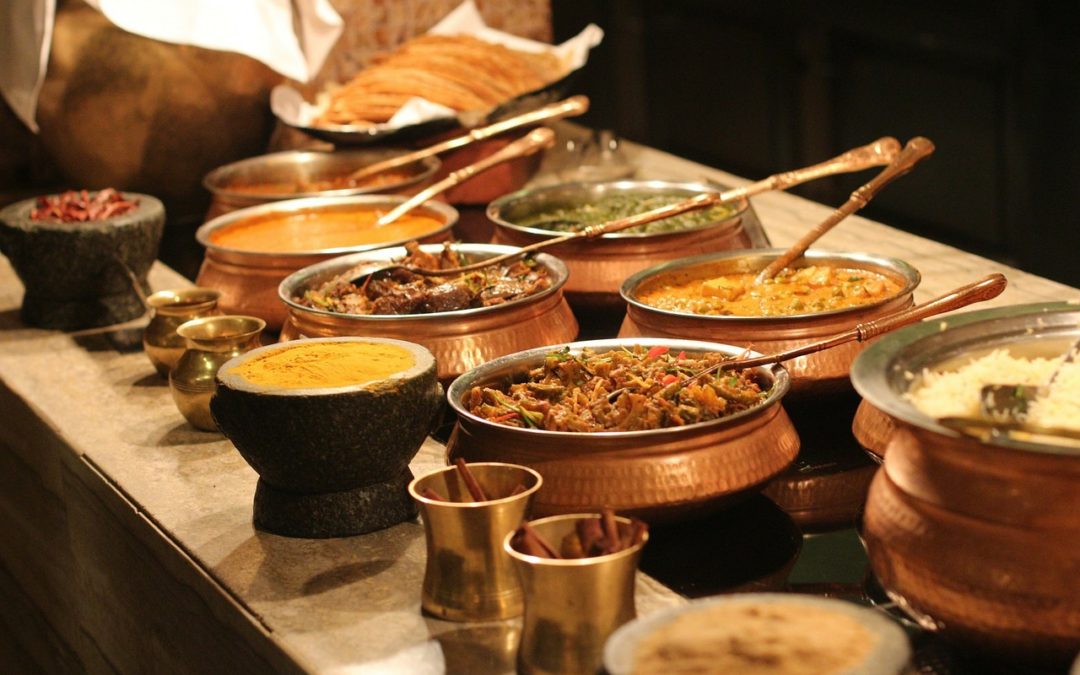 Whether you are new to Indian food or you are a longtime lover of the cuisine, you certainly can’t deny the dishes are delicious.  Yet, for many people from Western cultures, there are a lot of mysteries about Indian food.  Indeed, there are also many myths.  From the complexity of preparation to the healthiness of Indian meals, misconceptions about this cuisine abound.  Here are some of the top myths about Indian food debunked.

In the article below, get to know the facts and background of some myths and some truths about Indian food.

Indian dishes are very diverse, so while some dishes are very hot this does not mean that all Indian food is spicy.  Plus, if you are cooking at home, you can adjust the spice level to your personal taste; if you prefer, you can leave the spicy ingredients out entirely.

On very high on the hot quotient, this is not true. Yes, Indian food uses ‘masalas’ but that is not something that makes dishes hot. One can easily change the amount of chillies depending on how hot he wants his food. In fact, most Indian dishes can be cooked without any amount of ‘hotness’ added to them.

That is like saying that all Italian food contains pasta! No, curry powder is just one of the various spice mixes used in Indian cuisine. In fact, most Indian households don’t even use curry powder at all, but spice mixes that suit the palate of its family members. ‘Garam masala’ is a much more important spice mix. Also it may interest you to know that it is possible to cook simple Indian dishes with almost no spices at all!

Curry is something that was again made popular by British-South Asian ethnic groups in while Curry abroad may refer to a thick and spicy gravy dish, India takes a different meaning altogether. In South India, Curry may refer to a vegetable side-dish that is often served with rice.

These are generally fried vegetables without the gravy. Curry, in Tamil Nadu, South India actually means meat – either as a gravy or as a fried dish. Origins of British curry come from the Tamil word for Kari. In North India and other popular forms of Indian cooking, the word curry is not as popularly used. Sabji or Masala are common terms for gravy dishes in Indian cuisine.

Sometimes shocking to a visitor to India is the practice of eating food with hands. This is true as Indians consider eating with their hands as tastier as well as ritualistic. Also, most Indian dishes are difficult to be eaten with forks and spoons. Many Indians today use their hands as well as forks & spoons.

You will also find that in certain Indian regions, food is served on a banana leaf or an area nut leaf. These traditions have been passed on to families since many generations and many modern Indian continue to follow then regardless of caste differences.

Because of its rich, complex flavours, Indian food seems like it would be incredibly difficult to cook, or at least difficult to cook well.  While a beginner cook might face a few challenges when attempting to conquer Indian cuisine, this is probably true of most major cuisines in the world.  For example, some Italian dishes take hours to prepare properly, but we don’t normally hear people lamenting how difficult it is to make an Italian meal.  So, if you are interested in whipping up some Indian delights, start by familiarizing yourself with the ingredients and the basic cooking techniques, and you’ll find this food as easy (or complicated) as any other type of food to prepare. Once you master the basics of Indian cuisine, it becomes easy. Once you get the hang of it, cooking simple meals is not at all difficult.

No, that’s not true at all. It is just a misconception that Indian food is unhealthy and one cannot diet while eating Indian. The truth is that a lot of simple Indian meals are very healthy and contain very little fat and lots of proteins and fiber. In fact, you can include food in your diet that is healthy very easily.

So, when it comes to whether Indian cuisine is healthy or not it really depends on what you are eating.  Certainly, there are dishes that you do not want to eat for every meal, but there are many interesting, delicious, and healthy Indian foods that you can add to your diet guilt-free.

Some Indian dishes have a fair amount of oil, but like with other dishes you can adapt your recipes to your tastes.  Moreover, rich, oily foods are not the only options available on an Indian menu; in fact, Indian cuisine is incredibly diverse.  Depending on the region of Indian, you will find that the style of cooking and ingredients used will vary significantly.

The fact is that Indian food is such that one can change the richness and the oil content according to one’s wishes. If you want you can cook a dish with a single or 8 teaspoons of oil. You can add a lot of masalas into a dish or almost none at all, depending on what you want on that particular day. Moreover, India has a variety of cooking techniques that require no oil at all, like steaming, boiling, roasting, grilling, etc. Indians have a variety of beautiful techniques to cook both vegetables and meats that require minimal oil but taste wonderful.

This is partly true. Hindus, being the majority community in India, are mostly vegetarian. However there are so many different sub-sects with the Hindu religion, that many of them follow their own food practices.

Contrary to popular belief, many Indians are meat-eaters and cook them well too. Chicken dishes are perhaps the most popular meat in India. Cow is considered a sacred animal and is avoided by Hindus though Muslims and Christians eat beef. Sea food is also popular in coastal regions like Goa, Mangalore, Kerala, West Bengal and others.

Many, especially foreigners and first time visitors to India, are of the opinion that Indian food doesn’t have so much of choices. Indian cuisine is perhaps the most varied food-culture in the world!

With 29 states, each region in India has its own unique style and flavor. Add to this, the many ethnic groups that have their own recipes for generations. While North Indian regions prefer Roti (Indian bread) as their staple dish, South India has rice as a must in the daily menu. Some specialty regional cuisines of India include Udupi cuisine (from Karnataka), North-eastern cuisine, Chettinad cuisine (from Tamil Nadu) and Marwari cuisine, to name a few.