Love To Eat Biryani !!! Then Find How Taj Mahal Is Related With Biryani 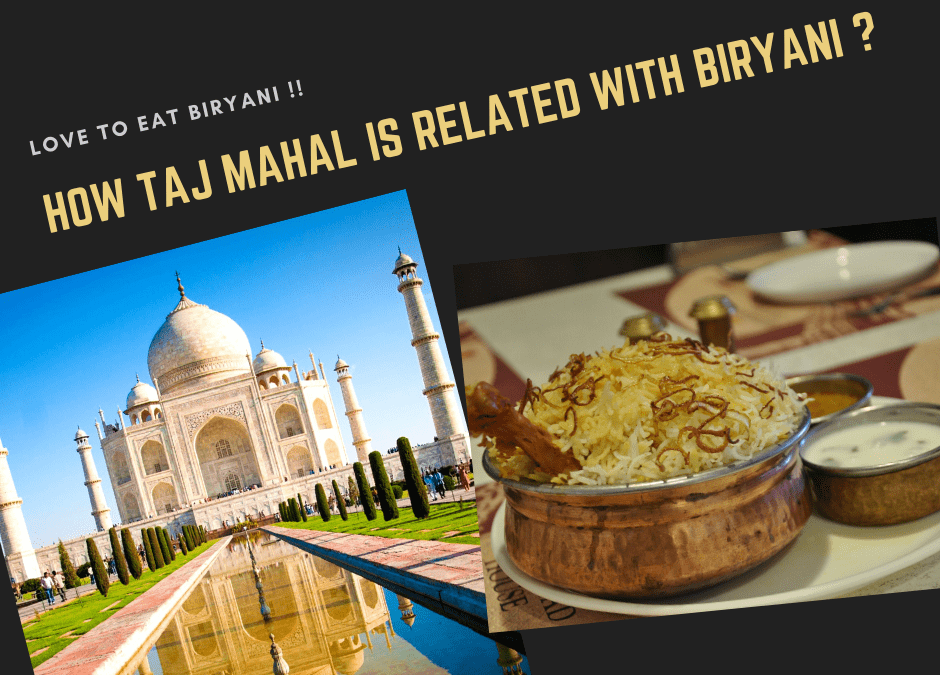 “ Love To Eat Biryani !! Then Find How Taj Mahal Is Related With Biryani ”

Everyone loves to eat Biryani, whereas Taj Mahal is considered as Monument of love.

Are both of them related to each other?

Do you want to know how, then please read below story:

Age old ancient story points out that Mumtaz Mahal (wife of Mughal emperor Shah Jahan for whom Taj Mahal was built as Symbol of Love) when once visited army barracks, found that army soldiers were malnourished. She prepared an idea to make a dish by combining meat with rice which could provide adequate nutrition to army soldiers. At that time, rice was made to fry in ghee without washing to bring nutty flavour, along with it meat, saffron, aromatic spices were added to it before cooking, which in due course of time finally turned into a special spicy dish which we call it as “Biryani”.

Finally, People who taste Biryani would love to have it more because somewhere Biryani origin had in and around relation with Taj Mahal, considered as Pride of Love.